Congenital Limb Deficiency (CLD) occurs when a fetus’s upper or lower limbs do not form completely during pregnancy. This project analyzes how girls aged seven to thirteen years with upper-limb CLD adjust to daily tasks and supports the design of a mechanism to help them perform a specific activity independently. Early research became the foundation for a case study of an eight-year old girl named Ava. Ava was born with only one elbow-length cleft hand on her right side and one finger connected to her left shoulder joint . She learns to use her “nubs” effectively for most tasks, such as putting on shoes, opening doors, and manipulating scissors to open packaged food. However, certain activities still cause her strain and stress—specifically, her inability to style her own hair. Hair styling is an important task for a young girl that is nearly impossible to do with Ava’s condition. The following research confirmed this need and prompted the creation of Ava Band, a ponytail-making device.

To better understand limb deficiency and its physical, emotional and psychological effects, I analyzed several scholarly articles from peer-reviewed medical journals. I then interviewed Ava and her mother. Meetings were informal and conducted with sensitivity toward Ava’s potential discomfort around topics pertaining to body image. Once sufficient knowledge was gained from primary sources, I organized a series of visits to Shriner’s Hospital for Children in Salt Lake City, where I shadowed professionals from recreational therapy, occupational therapy, prosthetics and orthopaedics. Insights gained revealed key issues faced by pre-teen girls which validated my thesis. I began an iterative process of synthesizing insights, generating ideas based off of those insights, and creating prototypes for viable solutions to test with Ava. Prototypes were uniform in color and material when possible. She described what worked, what did not work, and what caused discomfort. Three measures defined success or failure: (1) independence during ponytail creation, (2) durability of the ponytail during physical activities, and (3) aesthetic appearance of the device.

Girls aged seven to fifteen years with limb loss struggle to be independent in aspects of personal appearance linked to self-expression and personal identity. Most commonly, they cannot form secure ponytails with their hair. Ava worked with me in a series of four sessions to test prototypes of devices she could use to create a ponytail on her own. During our fourth workshop, Ava did a ponytail by herself for the first time using a simple elastic mechanism. The design of the elastic system allows Ava to gather her hair and tighten it into loop which stays firm during physical activities, including jumping on the trampoline or doing gymnastics lessons. I used quarter-inch fold-over elastic, thread, and plastic cord locks for the band. We used a wig clamp to stabilize the ponytail during creation, but a door knob or other stable item can be used instead. I created branding and packaging for the bands, then presented them at a symposium exhibition as “Ava Bands”. I then produced fifty identical bands for donation to Shriner’s Hospital in Salt Lake City to benefit other girls like Ava.

In addition to its tangible outcome, this project yielded some unexpected results, opportunities for future research, and limitations. One unexpected result is that Ava became an expert at using the device and felt compelled to show to her peers. The Ava Band transformed the act of creating a ponytail from a shameful inability to a demonstrable skill. It was an accomplishment that improved her self-confidence and gave her a reason to draw attention to her condition. This project also uncovered more opportunities both to innovate within the assistive device market and to design for children with limb defects in general. For example, future concepts could address social isolation of children with chronic conditions from children without them; Ava often desires to talk to others about her condition but does not get the opportunity because of social barriers. Hesitation toward social activity may correlate to hesitation toward trying new things. While she seemed confident during conversation, she often needed to be convinced of her own capabilities when testing prototypes. As Ava’s needs will continually change through childhood and adolescence, this project is limited to only one facet of her particular developmental stage. Few products currently exist which target her age demographic of people with limb deficiency. Future work with Ava Bands could include extending this product into other spaces. Stroke survivors, amputees, and people with broken arms could potentially benefit from the product.

Girls with upper limb loss regularly learn adaptive behaviors which help them accomplish routine tasks, but a plethora of activities are still challenging or impossible. Hair styling is something they avoid out of difficulty. As a result, they feel social stress from being different from their peers. Ava Bands empower girls to style their hair independently and with confidence. As hair styling is just one aspect of life, opportunities exist for product design for children with limb defects in other areas, as well as design for limb deficiency in general. 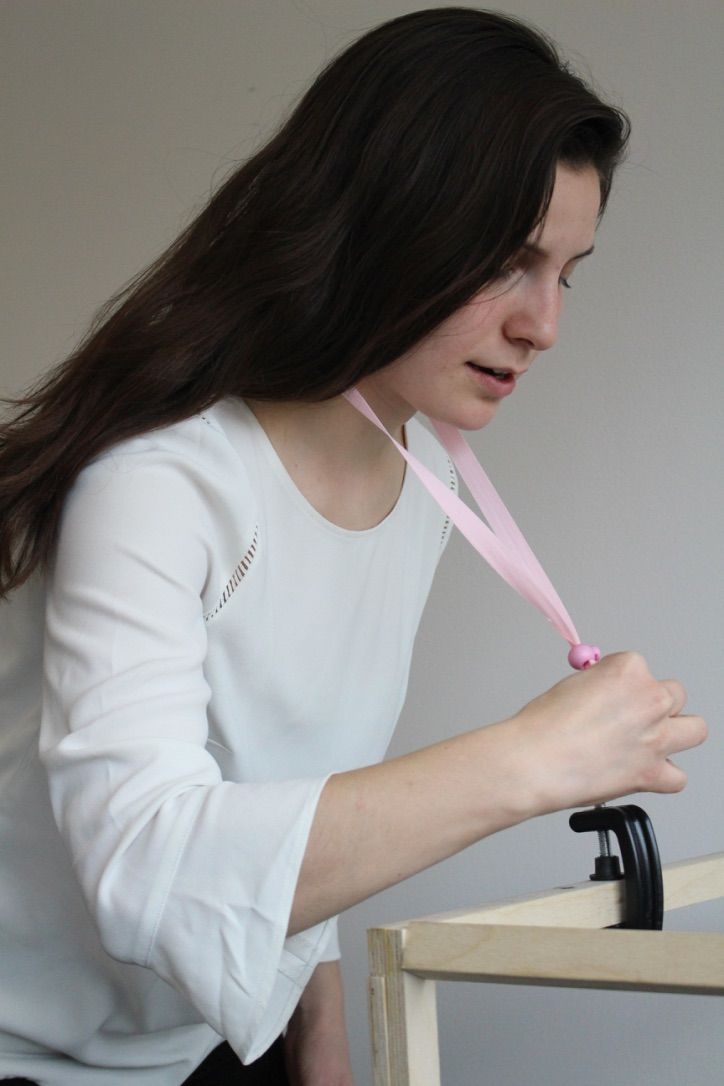 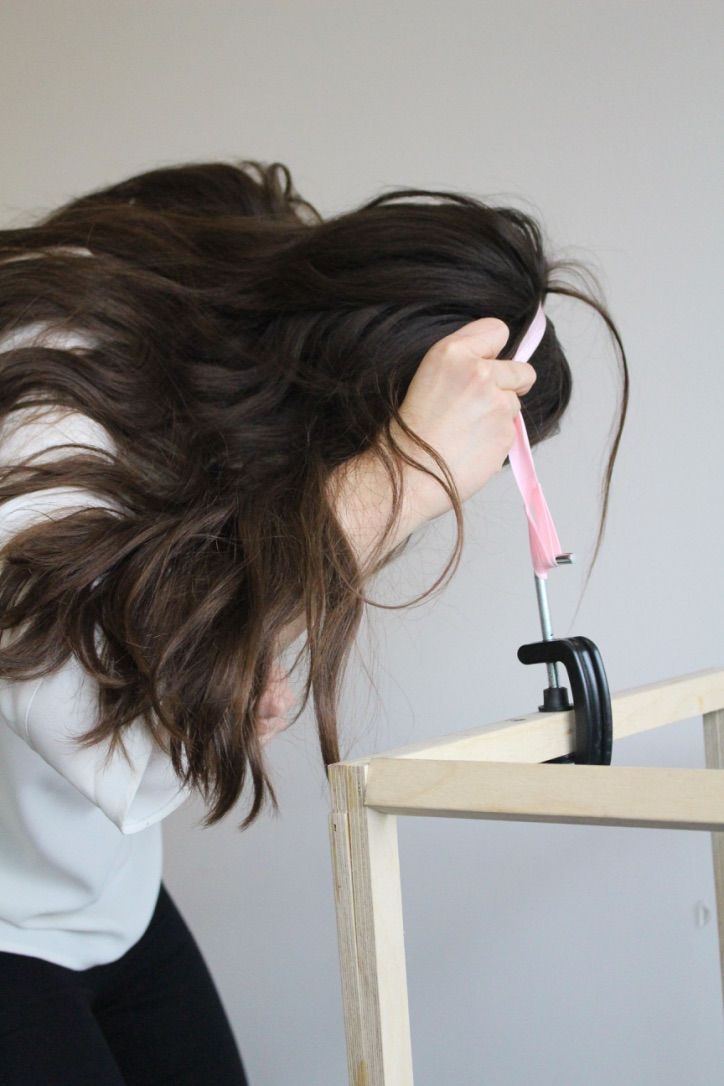 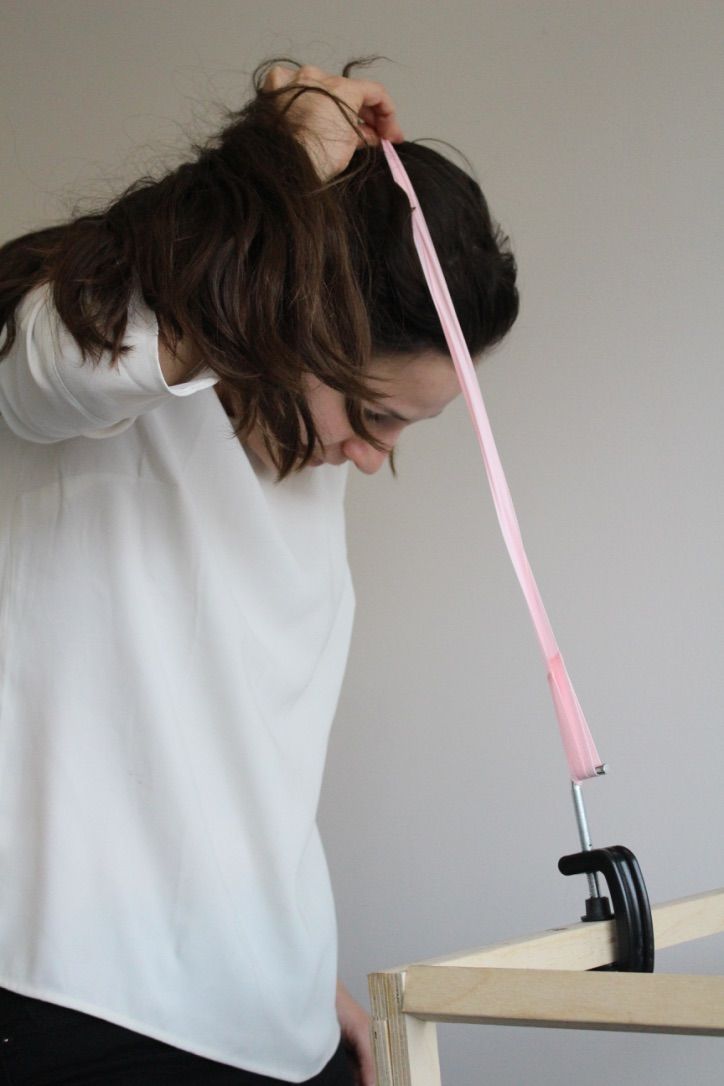 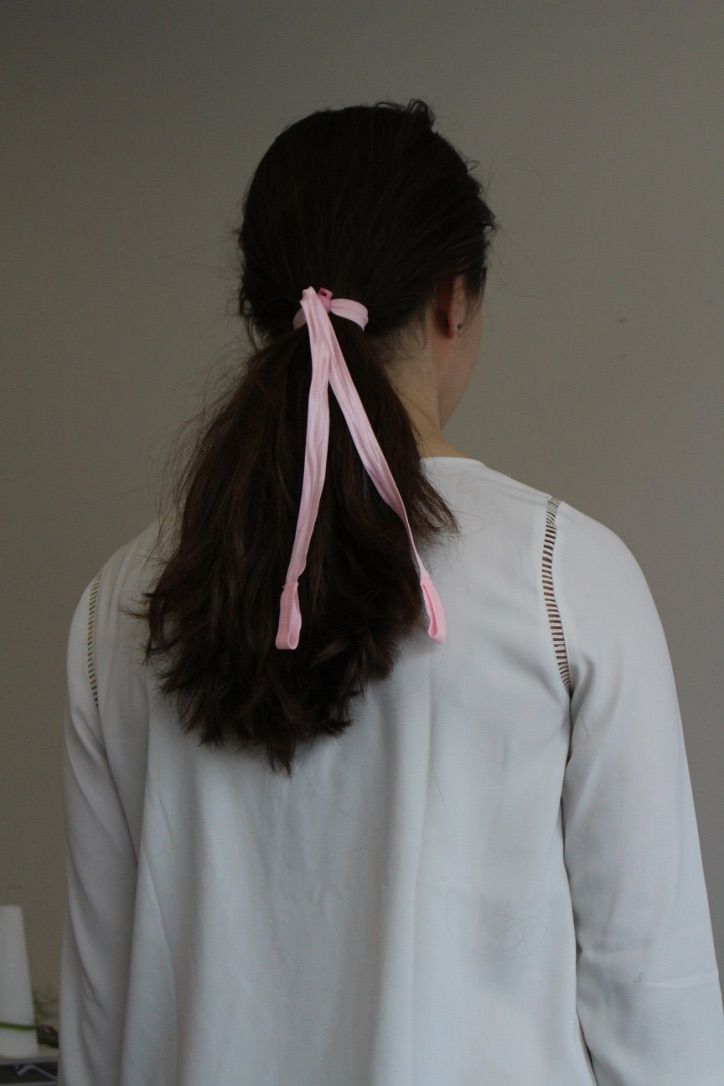