The academic objectives of this Mentoring Environment Grant (MEG) were to 1) train undergraduate students in the scientific process to prepare them in careers as physicians and scientists, and 2) to determine if the in vitro phenotypes observed in Nr4a3 deficient beta cell lines are translatable to the Nr4a3 KO mouse. . We were successful in accomplishing these objectives, as evidenced by the training of four undergraduate students, presentation of research and local and national meetings, and initial preparation of a manuscript reporting our findings. While we did have difficulty breeding these mice, this study gives us the basis of data to begin a second round of studies.

Aim 1: Are the phenotypes observed in Nr4a3 deficient INS-1 cells recapitulated in the Nr4a3 KO mouse?

Due to difficulty in breeding these mice, we have only recently begun acquiring data. Furthermore, until recently the only way we had to measure respiration on campus was two oroboros machines. These require over 400 islets per measurements, or the equivalent of two mice per reaction. This stopped us from measuring respiration, however given that there is now a SeaHorse on campus, this will allow us to make these measurements in the future.
We were able to validate that our mice do are, in fact deficient for Nr4a3 in the pancreatic beta cell, as demonstrated by figure 1. 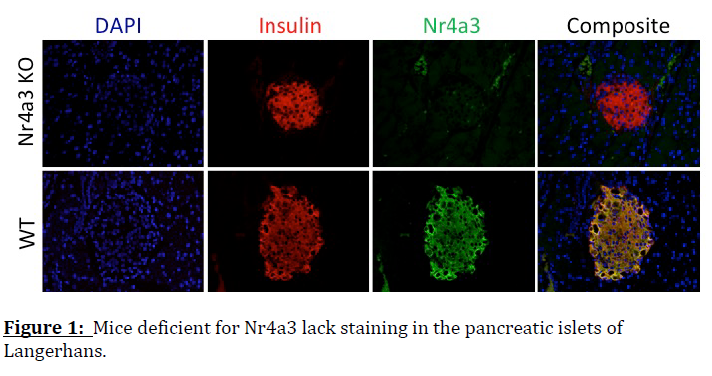 While we have made good strides in collecting data from this aim, we were unable to complete it. Our preliminary data demonstrates significant changes in the Nr4a3 KO mouse.
Male and Female Nr4a3 WT and KO mice were weaned at 3 weeks of age, and put on a normal chow diet for the following three months (12 weeks). Blood glucose was measured every week. While Nr4a3 WT and KO male mice had no significant difference in non-fasting blood glucose tests, female Nr4a3 KO mice had significantly greater non-fasting blood glucose tests, as demonstrated in Figure 2. Figure 2: 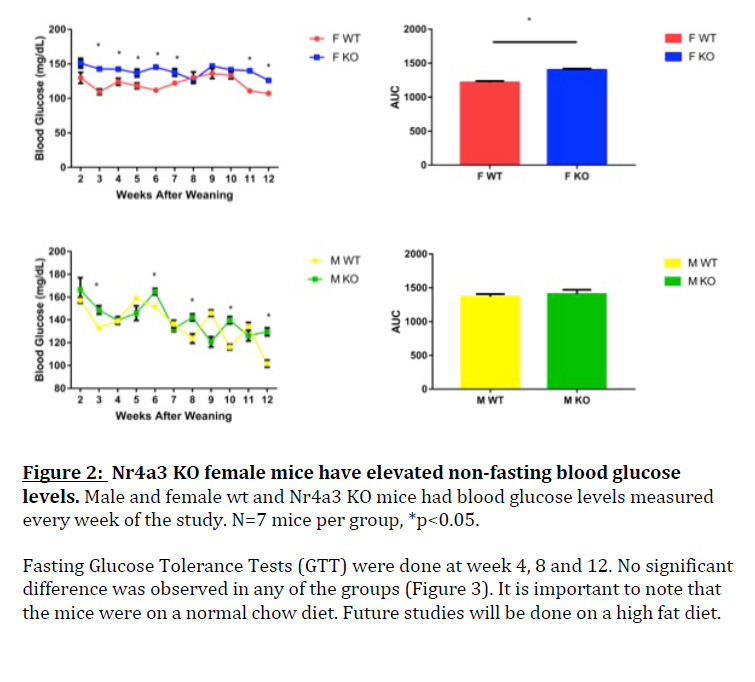 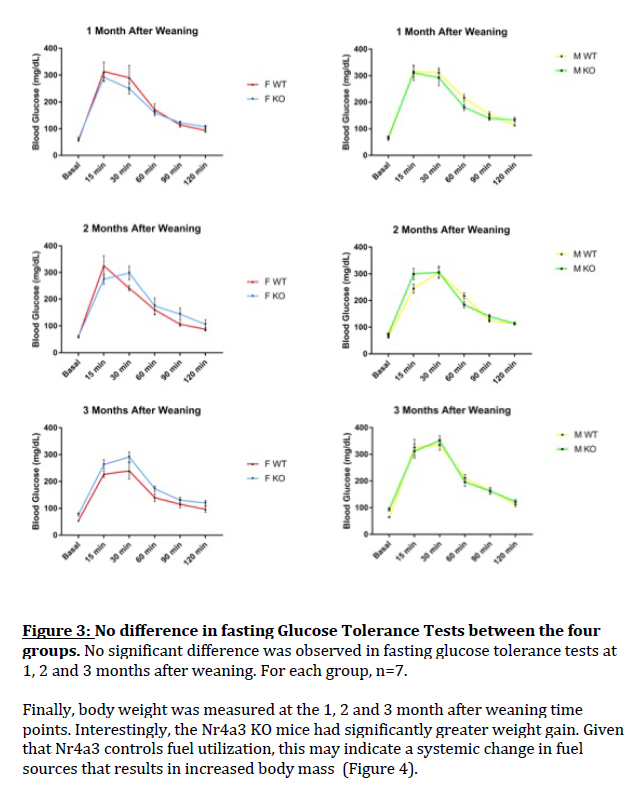 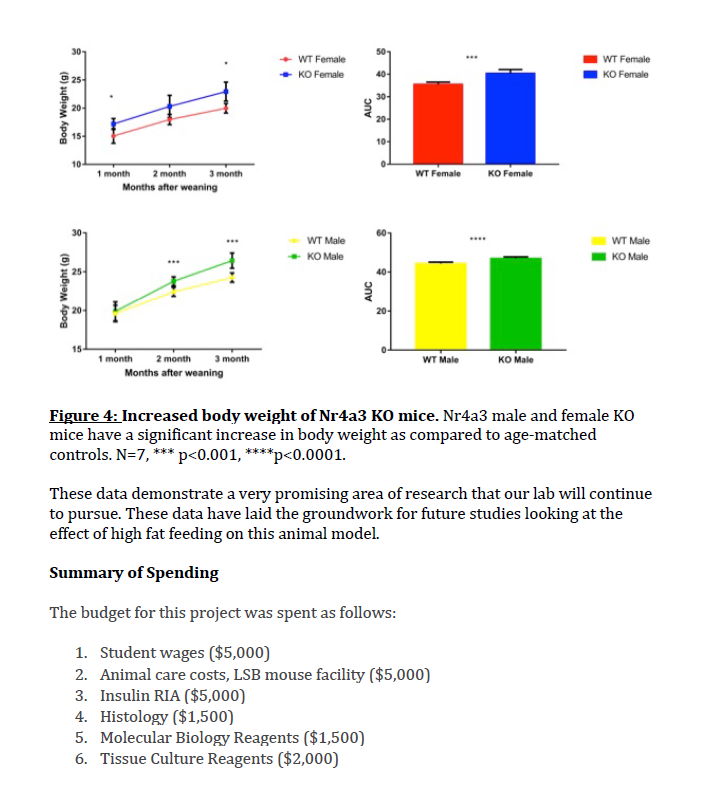