Each year millions of people are affected by Alzheimer’s disease, one of the most common forms of dementia. Extensive research has shown that Alzheimer’s affects the hippocampus, the part of the brain principally responsible for learning and memory. The mechanisms responsible for learning and memory are just beginning to be elucidated, and a more comprehensive knowledge of them will be essential in order to understand the brain under normal situations as well as in neurodegenerative diseases such as Alzheimer’s. Studies in this area have sought to understand the causes and treatments of disease, but so far both the underlying physiology and mechanisms remain a mystery. Thus far, it has been shown that to encode memories, the brain makes modifications to the synapses between neurons, either to strengthen them or weaken them. This is known as Synaptic Plasticity. Using electrophysiological techniques (Figure 1) on mouse hippocampal slices (a close model to the human brain), this project has provided further insight into memory formation and regulation by replicating mechanisms responsible for synaptic plasticity in a quantifiable manner. My research looked specifically at g-protein coupled receptor 55 (GPR55) that has recently been shown to mediate synaptic plasticity. Better understanding the GPR55 pathway will contribute to the understanding and treatments of Alzheimer’s and other neurodegenerative diseases.

Learning and memory occur due to adaptive brain changes in response to the environment. These changes are mediated by synaptic plasticity, particularly within the hippocampus. Plasticity can either strengthen or weaken synapses, known as long-term potentiation (LTP) or long-term depression (LTD) respectively. While many forms of plasticity are dependent on the neurotransmitter NMDA (N-Methyl-D-aspartatic acid), another family of chemical mediators called endocannabinoids was recently identified to mediate several new forms of hippocampal synaptic plasticity. Endocannabinoids bind to receptors such as CB1 (cannabinoid receptor 1) and TRPV1 (transient receptor potential vanilloid 1) in several areas of the brain including the hippocampus. However, research has demonstrated that non-CB1/TRPV1-dependent endocannabinoid synaptic plasticity in the hippocampus exists. While the receptor(s) involved is currently unknown, several potential candidate receptors that bind an endocannabinoid called anandamide have been identified. These receptors belong to the class of G-protein coupled receptors (GPRs) whose distribution in the brain and/or function has yet to be identified. The receptor we studied, GPR55, is of particular interest as it activates cascades of intracellular signaling relevant to synaptic plasticity.

Using quantitative RT-PCR (Reverse Transcriptase Polymerase Chain Reaction – a technique to quantify protein expression in cells), electrophysiology, and memory behavioral tasks, we examined hippocampal GPR55 expression and function. GPR55 is expressed in the hippocampus in both rats and mice. Interestingly, activating GPR55 with one of its ligands, the chemical Lysophosphatidyl Inositol (LPI), in wild-type (WT) mice demonstrates a significant enhancement of LTP (Long Term Potentiation – increase in activity of a synapse) in brain slices. This LPI effect was not observed in GPR55 knock-out (KO) mice (mice without GPR55), providing support that the protein GPR55 mediated the observed increase in LTP

We are also examining LTD (Long Term Depression – reduction in activity of a synapse) in CA1 (a specific region of the hippocampus). Preliminary data shows no significant difference in LTD in this region thus far between knock-out (KO) and wildtype (WT) mice.

Other researchers working with GPR55 indicate it may increase the probability of spontaneous release of neurotransmitter (Sylantyev et al., PNAS, 2013), which suggests the receptor plays a role in the presynaptic neuron. Paired-pulse ratio experiments (a type of experiment which can help to determine whether the receptor is located pre-synaptically or post-synaptically) from our lab are now being analyzed between GPR55 knock-out (KO) and wild type (WT) mice to confirm this finding.

Other research by our lab utilized a memory behavioral task involving novel object recognition that compared recognition memory between KO and WT mice. Behaviorally, KO and WT mice did not differ significantly. Spatial navigation is another role of the hippocampus, and future behavioral research by our lab will also investigate the role of GPR55 in spatial navigation tasks. No data is yet available. Overall, our data showing a significant change in hippocampal LTP mediated by activation of the GPR55 receptor suggests GPR55 is expressed and is physiologically relevant in the hippocampus. As previous research has established that enhanced LTP is usually associated with better memory performance in rodents, this provides a potential target to enhance the cellular mechanism associated with memory formation. Speculatively, pharmacological agents targeted at GPR55 may play some future role in the relief of symptoms of some forms of neurodegenerative disease. However, significantly more investigation is needed to understand how these and many other molecular interactions factor into the disease process. As many of these processes are yet to be elucidated, an understanding their normal function is the first step towards understanding how altered function contributes to the disease. 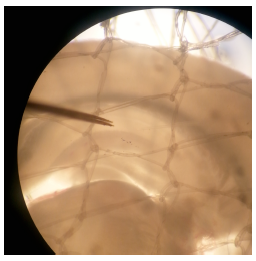