Alcoholism and nicotine (NIC) addiction are chronic relapsing disorders that have enormous impact on society. Alcohol and NIC are the most commonly abused drugs, and a large body of evidence indicates that there is a positive correlation between their consumption. Today, smoking NIC-containing tobacco products is recognized as one of the greatest risk factors in the development of alcoholism. A major goal of addiction research is to characterize the critical neural substrates that are most sensitive to these drugs, adapt in association with chronic consumption and drive subsequent drug-seeking behavior. The long-term objective of our research program is to advance our understanding of the neural basis of drug reward and dependence. The rationale for this proposal is predicated on the belief that advancement in the understanding of the brain mechanisms underlying the recreational use and abuse potential of NIC and alcohol will pave the way for more effective treatment strategies that could reverse dependence on these drugs and save lives and resources throughout the world.

We proposed that midbrain ventral tegmental area (VTA) GABA neurons are a common substrate for ethanol and NIC interactions. The core thesis underlying this proposal is that adaptations that accrue to chronic ethanol inhibition of VTA GABA neurons result from interactions with α6 nicotinic receptors (nAChRs) that modulate GABA(A)R-mediated inhibitory synaptic transmission to these neurons and contributes to the dysregulation of mesolimbic dopamine (DA) homeostasis that accompanies dependence on ethanol and co-dependence on NIC. We proposed to evaluate the role of α6 nAChRs on acute and chronic ethanol effect for one year’s effort on this MEG. The proposal was organized around two specific hypotheses and their accompanying Aims, which addressed the modulatory role of these nAChRs in the acute and chronic effects of ethanol (see Specific Aims). The specific hypotheses were: 1) Enhancement of GABA(A)R-mediated synaptic transmission to VTA GABA neurons by ethanol is mediated by α6 nAChRs on GABA terminals; and 2) Withdrawal from chronic ethanol enhances the expression of α6 nAChRs on VTA GABA neurons that results in enhanced GABA transmission and, ultimately, diminished DA transmission in the NAc. The last Aim elucidated the role of GABA in the reduction of DA firing rate and release in the NAc following ethanol withdrawal (Diana, Pistis et al. 1993). We outlined studies involving ethanol effects on DA release and the role of α6 nAChRs on GABA terminals.

In 2013, we completed a good part of the work that was proposed. However, we are still working on Aim 2. One manuscript is about to be submitted to Nature that is directly related to this proposal. It involves PIs at 5 institutions. It is a major piece of work. We will show that ethanol acts directly on α6 nAChRs to influence brain circuits involved in reward. This work is important and impactful because the characterization of a receptor for ethanol has eluded discovery up until now. Moreover, it mediates ethanol effects at very low alcohol levels, which will establish their physiological and clinical relevancy. In 2013, we published two papers on nicotine and ethanol, one an original research article and one a review.

Thanks in part to this MEG grant we were awarded a 5 yr, $2.1 million from NIDA in 2014 to study alcohol and nicotine co-dependence. We published two articles related to NIC or ethanol in 2014. In addition, we presented our findings at multiple Conferences in 2013 including the Research Society on Alcoholism Meeting in Orlando, FL in June, the LDS Life Sciences Symposium in August and the Society for Neuroscience Meeting in Nov in San Diego. This work formed the thesis project for Sam Shin, a Master’s student in Neuroscience, who graduated in August 2013 and worked through August 2014 as a research assistant in my lab. He now works as a research associate at the Oregon Health Sciences University. His thesis and numerous abstracts were published on this work in 2013. In addition, this work formed part of dissertation project for Nate Schilaty, a PhD student in Neuroscience who graduates this month and just left for a post-doctoral fellowship at Ohio State University. The title of his dissertation was: Alcohol Modulation of Dopamine Release. Nate was first author on a publication early in 2014 regarding the role of α6 nAChRs in ethanol modulation of DA release in the brain pleasure center. Numerous abstracts were published on this work in 2013 which include.

Evaluation of the Mentoring Environment

The teaching, mentoring and possibly the inspiring of students within the laboratory setting has clearly become a source of joy to me, as that is where it is obvious that I can make a difference in the lives of these motivated young adults. I’m relatively certain that BYU’s emphasis on mentoring, ORCA support, and my continuing NIH funding has played a pivotal role in the ability of these students to achieve their career goals, which are generally lofty, gainful, and of high quality. The deliverables to BYU, the scientific community, and to the community in general include: 1) Publication of research articles in high quality journals; 2) Elucidation of the neural substrates underlying drug addiction; and 3) Meaningful mentoring environment for graduate and undergraduate students pursuing professional and academic careers. Due in part to the funding from this grant we have been able to pay the stipends for 4 undergraduate students to work with Sam and Nate on these projects and to take 7 undergraduate students to the Neuroscience meeting in San Diego. I have attached a representative poster one of the Conferences we went to in 2013 this meeting as well as some pictures of the students. Perhaps most importantly, due in part to the funding from this grant we have obtained amazing data linking nAChRs to ethanol effects in the pleasure center of the brain. Indeed, nAChRs may be the substrate in the brain for acute alcohol intoxication and dependence. The following students submitted ORCA scholarships under my mentoring. Six of them were awarded. Four of these students accompanied me to scientific conferences and five of them are co-authors on papers/abstracts.

How the Budget was Spent

I was awarded $19,600 for the MEG. I am so appreciative of the support, which enables me to enhance my undergraduate student mentoring. We proposed a budget of $29,600 which included an equipment item request. We proposed to cover 3 senior student research assistants at $10/hr for 10 hrs/wk for ~40 weeks. We actually covered more students for less hours each. We proposed to take 8 undergraduate students to the 2013 Society for Neuroscience Meeting in San Diego. We took 7. We proposed to purchase an alcohol vapor chamber system to make rodents dependent on ethanol. We did not receive enough funds for that equipment expense. We built our own and paid for it with grant funds. 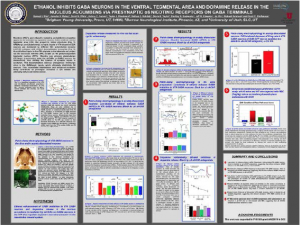 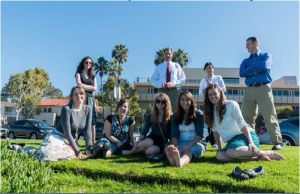 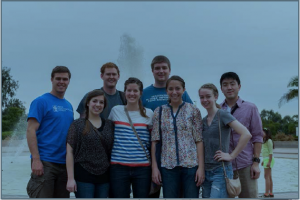 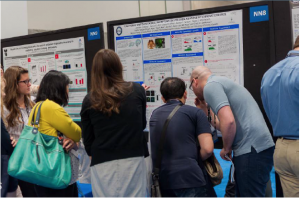