The purpose of this research project was to explore Peruvian social and cultural behaviors that typically prevent successful improved cookstove adoption in resource-limited settings as well as suggest ways to educate locals about the benefits of improved cookstoves. This will be done by a BYU Global Engineering Outreach (GEO) team, including ORCA recipients Cyera Bishop and Jeffery Smith, constructing a cost-effective, easy-to-use gas detection sensor system capable of measuring concentrations of harmful gases released from biomass cookstoves typically found in Peruvian communities.

To understand what inhibits cookstove adoption, a test was run to compare the system developed by the BYU team with the data collection process used at the cookstove certification facility at SENCICO, a government organization that educates low-income citizens all around Peru in various technical skills. The employees at SENCICO analyze new cookstove designs and evaluate their efficiency with a data collection system that costs approximately $10,000. That system interfaces with a small, 2 room building (1 room for burning, the other for data collection) as shown in Figure 1, with a large fan attached to the exhaust duct pulling the exhaust from the stove site, through the data collection room, and outside to simulate conditions independent of the stove. The employees have a smaller, more portable system, but it is still large and very expensive, rendering field tests on actual stoves in rural communities impractical. For these reasons, a small but accurate system is of interest to the employees at SENCICO. 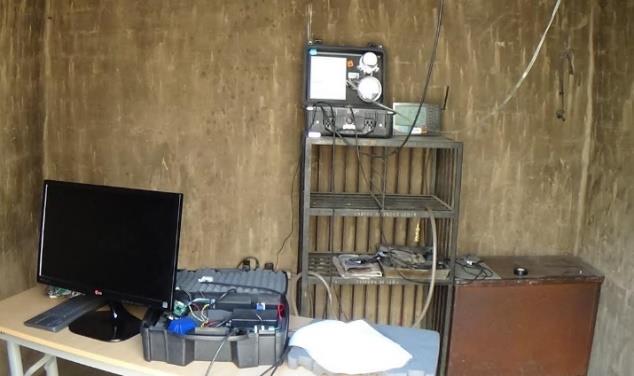 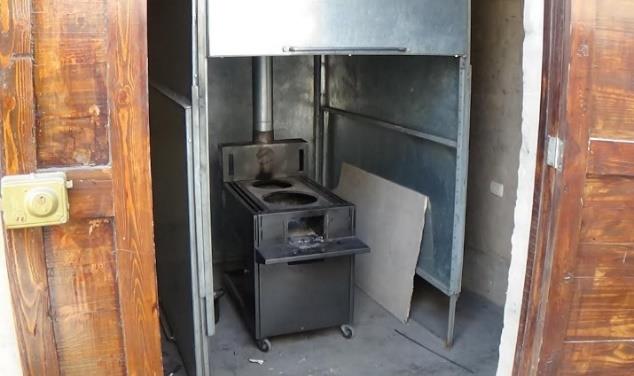 As part of the test to compare the two systems, a standardized test that SENCICO runs on every stove was run on the stove pictured above. To decrease variation in concentration of gas sampled by the two systems, the GEO system inlet tube was connected close to the SENCICO sampling tubes on the exhaust pipe that runs through the data collection room. Because there was more chance for error in the Carbon Monoxide (CO) measurements due to calibration, signal conversion, and response time, the CO measurements from each system were compared in Figure 2, showing the GEO system is accurate and reliable. Measured values and response times are comparable. In some instances, the GEO system is faster. Noticeable data attenuation can be attributed to programming and will be adjusted with future iterations. 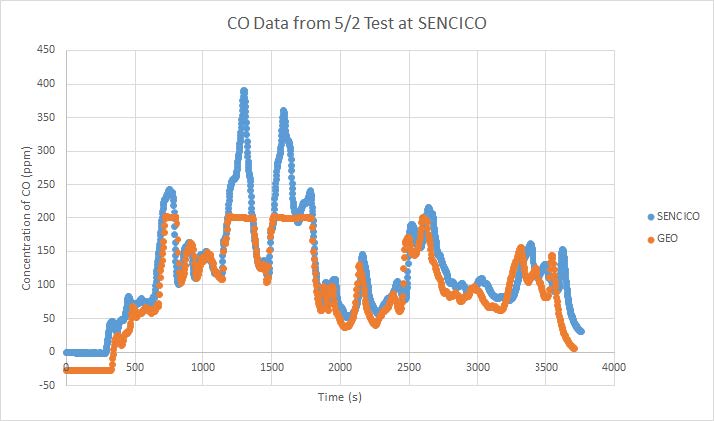 In the office of the cookstove workers at SENCICO, there are over 50 stoves that have been certified for efficient use and a procedure for cooking that guarantees more efficient and clean cooking conditions (i.e. using smaller pieces of wood more frequently saves wood without sacrificing stove temperature). The question then is why do lay people not implement these improved stoves and processes?

One reason irrelevant to what system is being used to measure emissions is that cooking and maintaining a fire is already a full-time job, and changing the process to require more attention with smaller pieces of wood is complicated and contrary to nature which inevitably seeks the easiest path. Though using smaller pieces is physically easier for fire to propagate, it feels like more work than putting one large log on the fire.

The system SENCICO has that can be taken to remote locations has complicated data outputs that only make sense when processed through a program provided by the system manufacturer. In addition to lots of complicated wires, tubes, dials, and components that add an extra $5,000 to the total cost, the system seems like a lot to swallow. Many of the people in the rural parts of Peru specifically are not well associated with technology, so it is not easy for them to trust something so complicated. This suggests that there is a possibility the people would trust and listen to direction based on a system that is simpler, like the one created by the BYU GEO team.

The GEO system (Fig. 3) was not perfect, but one purpose the implementation trip to Peru in May served was to identify effective qualities of the system and suggested changes for future teams that work on iterations of the project. It was determined that the GEO system is sufficiently portable. It is small enough to fit in a 2’x2’ plastic carrying case and only weighs 10 lbs. Parts for the system shown below cost approximately $550 compared to $15,000 for the system SENCICO currently uses for their travelling tests. The system outputs the data being read directly to a graph of the concentration being read with respect to time, and is thus easy to read and understand. In addition to some design flaws and oversight, working with the employees at SENCICO shed light on changes or improvements that need to be made to the system for it to be an effective tool for them in educating citizens in rural communities. In addition to the CO and Carbon Dioxide (CO2) measured by the GEO system, SENCICO would also like sensors that can measure Particulate Matter volume (quantity of particles in exhaust smoke), as well as many other harmful exhaust gases such as Nitrus Oxides (NOx) and Sulphur Oxides (SOx). Another request the employees had was that the data and user interface all be accessible through a tablet. The tablet would serve to open room in the current system for more sensors, but the SENCICO employees suggest it would make educating the people easier. With the tablet, they would not be tethered to the system as it records data from the stove exhaust. They could move to any part of the house, or perhaps in the village, and show the people the data as it is being recorded. They could also readily draw on data recorded from other homes or other villages to show how they compare to each other and the cookstoves that have been certified for clean and efficient use. 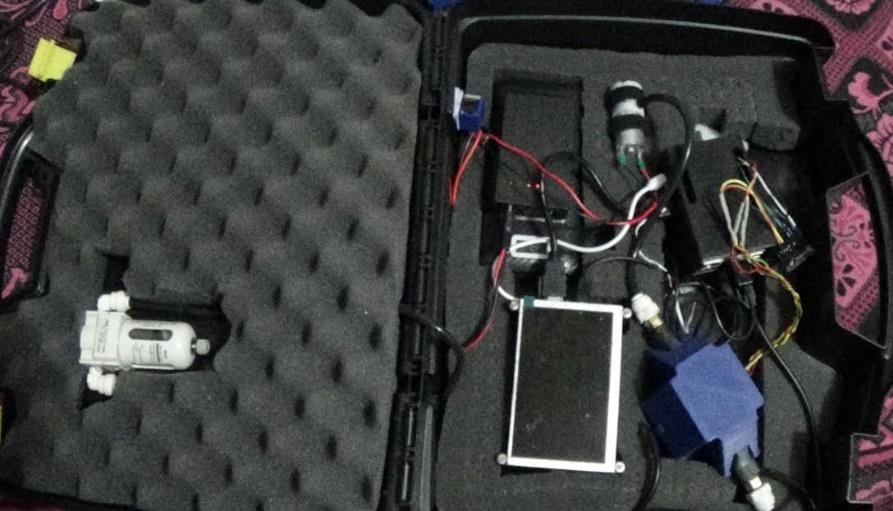 The results of this research project will assist future GEO teams at BYU in progressing the design of systems that can be used in Peru by SENCICO and affiliated non-government organizations. Additionally, data collected from the implementation trip will be used in a paper to justify the analysis of error in electrochemical sensors, such as the one used in the GEO system to measure CO. Based on the results and the paper on sensor error, there will be a presentation at the 2019 Utah Conference of Undergraduate Research.