The “private school effect” or “private school advantage” is often treated in the literature as monolithic and constant across countries (Srivastava and Walford 2007), and much of the debate is between two camps arguing whether private education helps or harms, with special emphasis on the poor (Tooley and Dixon 2006; Walford and Robertson 2014). The impression of a monolithic “private school effect” in Sub-Saharan Africa is harmful if results from one country may prove misleading when applied directly to another. If private schooling in makes pupils significantly better off in Country A and worse off in Country B, officials in Country B will do more harm than good when making decisions on the assumption that what is true of Country A will also be true of Country B. With this in mind, I highlight the importance of policymaking that is attuned to local circumstances, as opposed to broad generalizations and results from potentially incomparable countries.

The first step is to show that cross-predictions between countries are not reliably accurate. I do this by fitting a model for each country and using the coefficients for that country to predict outcomes for each other country in the dataset. The sum of squared error (SSE) for each cross-prediction is a useful proxy for similarity with regard to the private schooling context. Smaller SSE points to greater similarity.

The second step is to use nearest-neighbor cluster analysis to identify groups of similar students. There are two dimensions of interest in the private school effect. The first is the aggregate effect: Do students who attend private schools fare better or worse, on average? The second dimension is the relative effect: Are top-scoring students helped or harmed more than the lowest-scoring students in the same country? The second is important for equity concerns.

As can be seen in the figures below, results from certain countries can predict each other’s results with lower squared error than those of other, less similar, countries. For example, Botswana, Kenya, Zanzibar, and the Seychelles cross-predict quite well among themselves, as do Lesotho and Swaziland, or Mozambique and Zimbabwe. Certain other pairings are notably inaccurate predictors of each other’s educational outcomes, such as Lesotho, Swaziland, or Zimbabwe paired with any of Botswana, Kenya, Zanzibar, or the Seychelles.

The above results hint at patterns of clustering, and the second portion of the results finds that there are indeed distinct clusters among the countries. One such cluster includes the countries where the private school effect is negative or statistically insignificant, such as Mozambique, Zimbabwe, Lesotho, and Swaziland. Another includes those where the private school effect is positive, but greater for the higher score quantiles, such as Kenya, Namibia, and Zambia. A third cluster includes countries where lower score quantiles are benefitted more than the higher quantiles, such as Botswana, South Africa, Mauritius, Uganda, and Zanzibar. Finally, Malawi is in a cluster of one, showing a moderate positive effect without an advantage for upper or lower quantiles.

It is important to recognize that these results do not say anything about the causal mechanisms at work in the various private school effects. Rather, they show that caution is warranted when generalizing results from a study conducted within a single country. They can also be used to identify the countries to which a single-country study is most likely to be valid. Given that the majority of educational research in Africa is carried out in a handful of countries, such as Kenya, this is a relevant concern.

While these findings are preliminary, they suggest a number of directions for future research. For example, a larger sample of countries could be used, or the factors underlying the private school effect can be decomposed. However, these findings are sufficient to prompt a re-examination of the assumptions made, often implicitly, when results are applied to settings dissimilar to the ones from which they are derived. 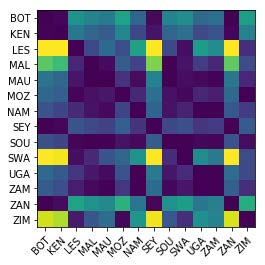 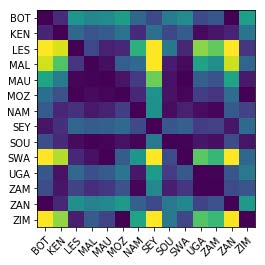 Tooley, J., & Dixon, P. (2006). ‘De facto’ privatisation of education and the poor: implications of a study from sub‐Saharan Africa and India. Compare: A Journal of Comparative and International Education, 36(4), 443-462.