Since the development of the television, the world has been seeking to improve the realistic qualities of video. However, the biggest shortcoming of video is yet to be fully resolved: how to recreate a three-dimensional (3-D) image electronically. While some techniques have been developed in an attempt to resolve this problem, they fail to fully represent a 3-D image and often require glasses or other visual aids. Holographic monitors are capable of reproducing fully 3-D images to the naked eye at standard video framerates and are the solution to the demand for advanced 3-D technologies. Working with Dr. Smalley, I have improved the existing BYU Holographic Video Monitor (Holomonitor) design and began its construction.

My methodology in creating these improvements focused on the modular alignment cartridge, the heart of the Holomonitor. This cartridge allows for the inexpensive and compact alignment of the optical elements of the Holomonitor. Though previous cartridge designs succeeded in this task, they also caused a huge reduction in performance and required large amounts of time to assemble. I previously began a redesign of the cartridge, and the grant allowed me to expand on this new cartridge design to further optimize its ease of use and performance. Furthermore, I wanted to create cartridges optimized for all colors (red, green, and blue), which had not been done previously.

I began by determining if the optical components I had were functional. Next, I optimized the optical length of the cartridge by optimizing output power at different distances and plotting the results. Then I developed a step-by-step method for alignment that allows for efficient alignment every time. Finally, I used these tools to begin the creation of cartridges in all colors and thus the creation of the Holomonitor.

Another student created optical devices which allow for the electronic steering of light when properly illuminated with a laser. I tested his devices to determine if they were suitable for use with all colors of light and determined that they were. The resulting outputs are shown in figure 1. 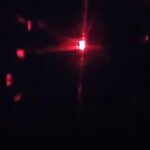 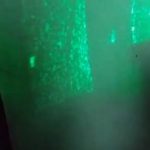 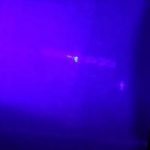 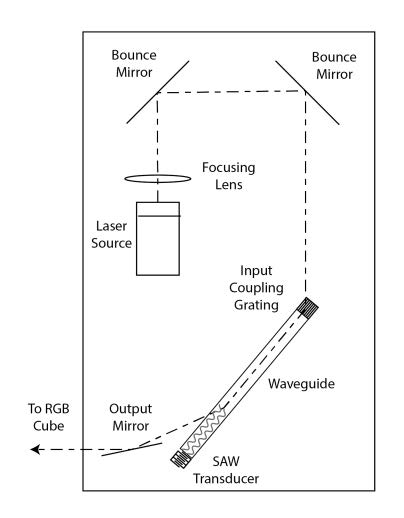 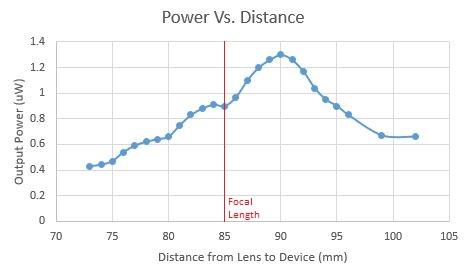 I used these design parameters to create models of the cartridge so it could be 3-D printed, assembled, aligned, and packaged for use. The total time from printing to packaging is about 3 hours, not including time for glue to dry and the printing itself.

The time it takes to align the cartridge is dependent upon who is performing the alignment, since it can take time to learn the nuances involved. To mitigate this, I created a process for alignment that is simple and effective. The step-by-step process I developed will help those who want to continue my research by teaching them how to align a cartridge. I created an instructional Youtube series to explain it.

My work resulted in a completely packaged red cartridge, an aligned green cartridge, and an assembled blue cartridge. As part of this project, I also built an additional cartridge and sent it to the MIT Media Lab, where they are using it for their research on holographic display technologies.

My research has resulted in a much more optimized cartridge and the beginnings of a full holographic system. Further projects include finishing the construction of the green and blue cartridges, assembling them and other monitor parts into a fully functioning system, and finishing a research paper on the cartridge as a modular unit that can be integrated into different systems and easily built and replaced.

My research has significantly furthered the development of BYU’s first Holographic Video Monitor. My contributions allow for simple alignment of optical components in a compact space to maximize the performance of the Holomonitor. I was thrilled to work on this project and thank those who made it possible