Alcoholism and nicotine (NIC) addiction are chronic relapsing disorders that have enormous impact on society. Alcohol and NIC are the most commonly abused drugs, and a large body of evidence indicates that there is a positive correlation between their consumption. Today, smoking NIC-containing tobacco products is recognized as one of the greatest risk factors in the development of alcoholism. A major goal of addiction research is to characterize the critical neural substrates that are most sensitive to these drugs, adapt in association with chronic consumption and drive subsequent drug-seeking behavior. The long-term objective of our research program is to advance our understanding of the neural basis of drug reward and dependence. The rationale for this proposal is predicated on the belief that advancement in the understanding of the brain mechanisms underlying the recreational use and abuse potential of NIC and alcohol will pave the way for more effective treatment strategies that could reverse dependence on these drugs and save lives and resources throughout the world.

We proposed that midbrain ventral tegmental area (VTA) GABA neurons are a common substrate for ethanol and NIC interactions. The core thesis underlying this proposal is that adaptations that accrue to chronic ethanol inhibition of VTA GABA neurons result from interactions with α6 nicotinic receptors (nAChRs) that modulate GABA(A)R-mediated inhibitory synaptic transmission to these neurons and contributes to the dysregulation of mesolimbic dopamine (DA) homeostasis that accompanies dependence on ethanol and co-dependence on NIC. We proposed to evaluate the role of α6 nAChRs on chronic ethanol effects for one year’s effort on this MEG. This differed from the previous year where we proposed to look at acute effects. These two MEGs were continuations from the original MEG, which led to an NIH grant award in 2014 on ethanol and nicotine co-dependence. The proposal was organized around two specific hypotheses and their accompanying Aims, which addressed the modulatory role of these nAChRs in the chronic effects of ethanol. The specific hypotheses were: 1) Hypothesis: Enhancement of VTA GABA neuron excitability by chronic ethanol results from adaptations in α6*-nAChRs; and 2) Hyperexcitability of VTA GABA neurons during withdrawal from chronic ethanol results from adaptation of α6*-nAChRs and subsequent reduction of DA release at terminals in the NAc. We outlined studies involving chronic ethanol effects on DA release and the role of α6 nAChRs on GABA terminals. In 2014, we completed a good part of the work that was proposed. One manuscript has recently been submitted to Neuropsychopharmacology that is directly related to this proposal. It involves PIs at 5 institutions. It is a major piece of work. We will show that ethanol acts directly on α6 nAChRs to influence brain circuits involved in reward. This work is important and impactful because the characterization of a receptor for ethanol has eluded discovery up until now. Moreover, it mediates ethanol effects at very low alcohol levels, which will establish their physiological and clinical relevancy. In 2014, we published three papers on ethanol, one of which involved nAChRs, which include (current and former BYU students or post-docs bolded):

In addition, we presented our findings at multiple Conferences in 2014 including the Research Society on Alcoholism Meeting in San Antonio in June, and the Society for Neuroscience Meeting in Washington, DC in November. In 2014, numerous abstracts with student authors were published on this work, which include (current and former BYU students or post-docs bolded):

Evaluation of the Mentoring Environment

The teaching, mentoring and possibly the inspiring of students within the laboratory setting has clearly become a source of joy to me, as that is where it is obvious that I can make a difference in the lives of these motivated young adults. I’m relatively certain that BYU’s emphasis on mentoring, ORCA support, and my continuing NIH funding has played a pivotal role in the ability of these students to achieve their career goals, which are generally lofty, gainful, and of high quality. The deliverables to BYU, the scientific community, and to the community in general include: 1) Publication of research articles in high quality journals (see above); 2) Elucidation of the neural substrates underlying drug addiction; and 3) Meaningful mentoring environment for graduate and undergraduate students pursuing professional and academic careers. I have attached a representative poster from one of the Conferences we went to in 2014, as well as some pictures of the students at these conferences.

How the Budget was Spent

I was awarded $20,000 for this MEG, which was the third in a series on alcohol and nicotine co-dependence. I am so appreciative of the support, which enables me to enhance my undergraduate student mentoring. We proposed to cover 4 senior student research assistants at $10/hr for 10 hrs/wk for ~40 weeks. We actually covered more students for less hours each. We proposed to take 8 undergraduate students to the 2014 Society for Neuroscience Meeting in Washington, DC. We took 7 (see pictures below). It was cold. 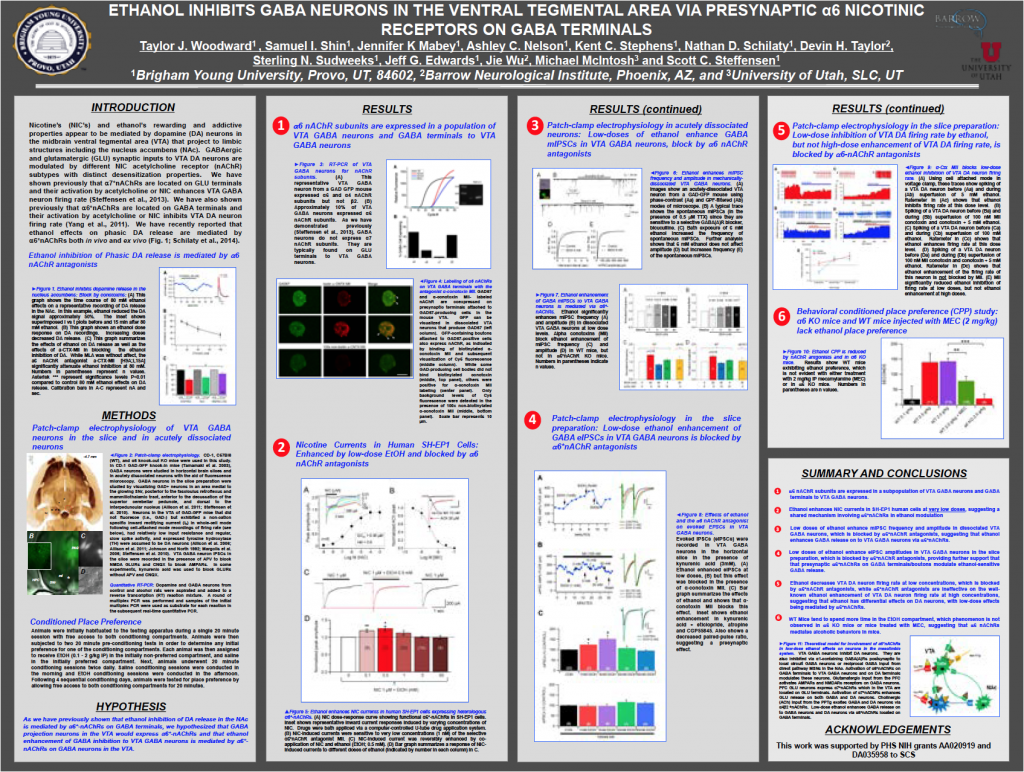 Pictures of some of the students at the 2014 Society for Neuroscience Meeting in Washington, DC 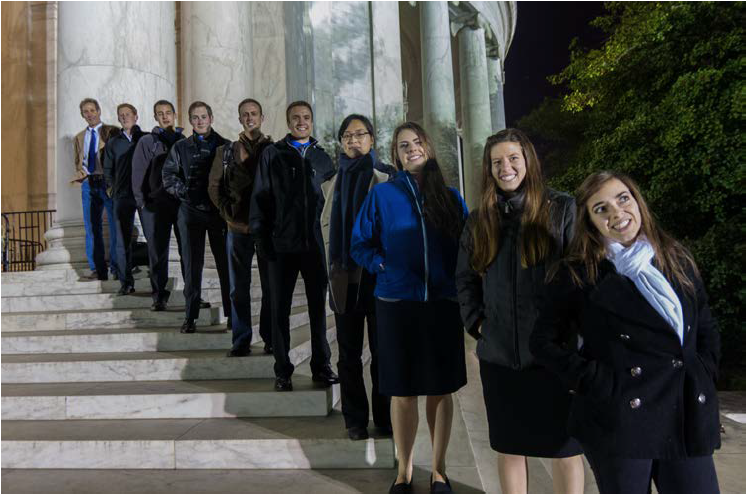 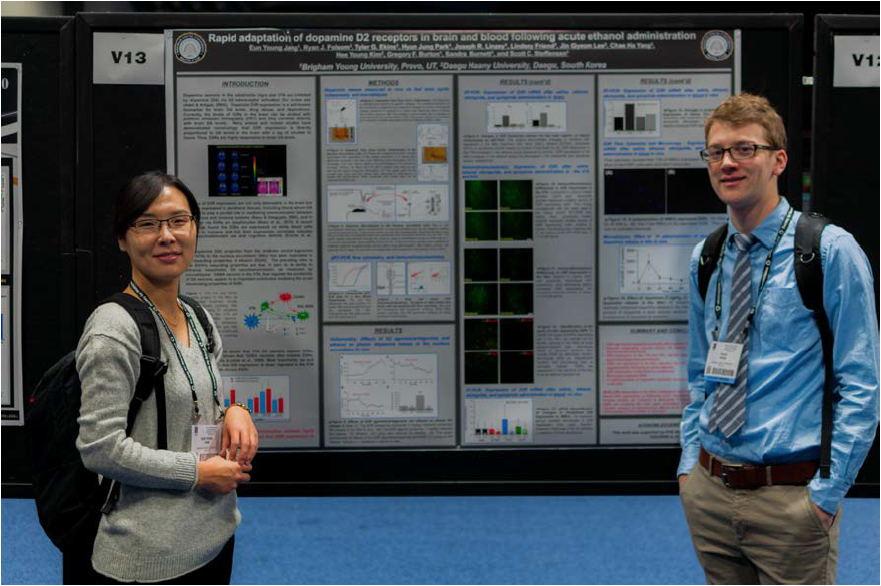 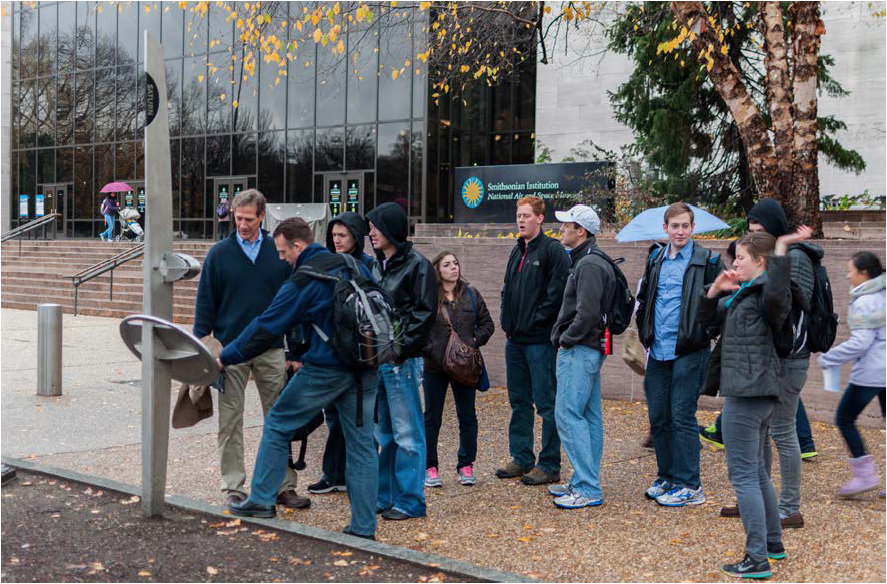 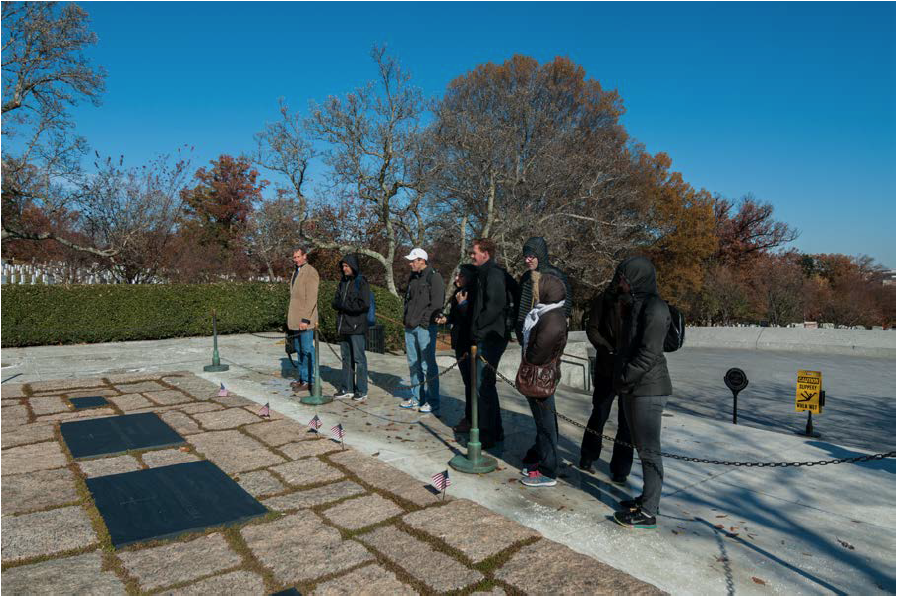 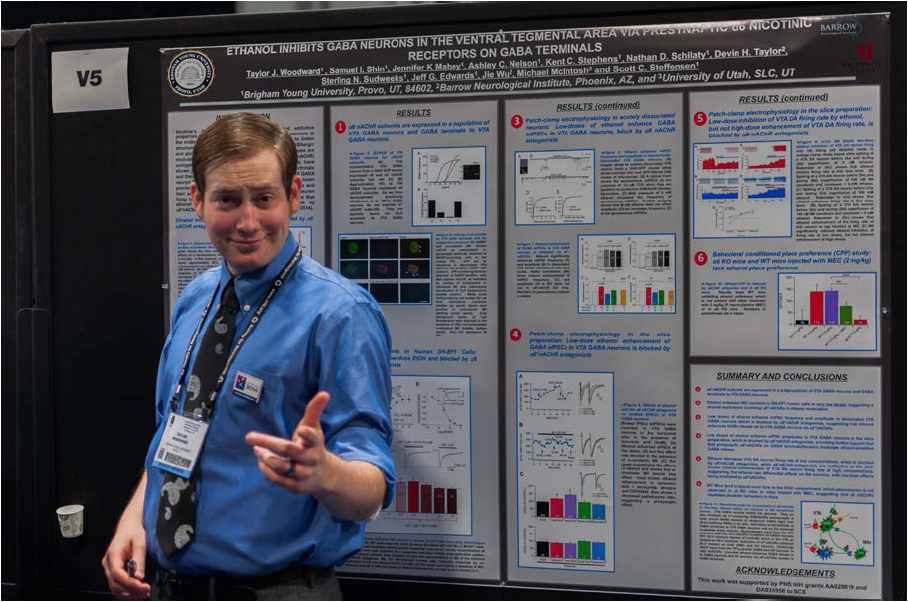